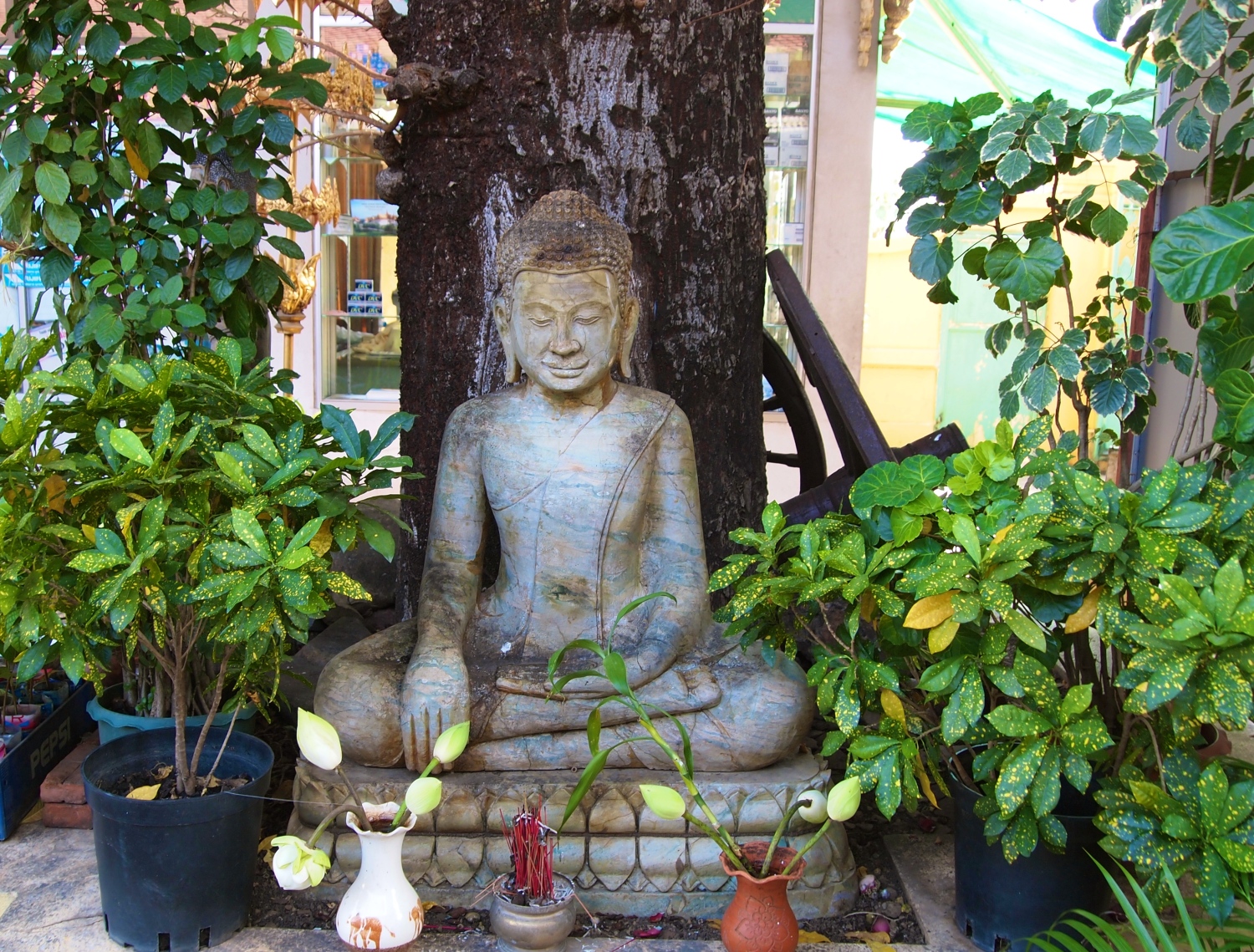 I started preparing for my trip to Cambodia in October of 2010.  My first introduction to the horrors of the Khmer Rouge was through the non-fiction book called First They Killed My Father: A Daughter of Cambodia Remembers, written by Loung Ung, Cambodian author and survivor of the Pol Pot regime.  It’s an intense and highly disturbing account of her personal experience during the years of Khmer Rouge rule.  I was so shocked by this book, and especially shocked by my own ignorance of what happened during these years of the 1970s.  These horrors were happening in Cambodia shortly after I graduated from high school and during my college years, while I was partying and studying and enjoying life to the fullest.  How could I have been so blind to what was happening in the world at this time?  Loung Ung was a mere 5 years old when the Khmer Rouge emptied the entire city of Phnom Penh and sent everyone to the countryside to work in the fields.  She saw her parents and siblings die in the Killing Fields of Cambodia;  she saw horrors no child should ever see, suffering starvation and humiliation under this terrible regime.

In the midst of reading this book, I became intensely curious to know more and so I watched another horribly upsetting 1984 movie, The Killing Fields, which I had never seen before.  The film opens in 1973 in Phnom Penh when the Cambodian national army is fighting the Khmer Rouge.  The story follows three journalists, two of whom include Cambodian Dith Pran and American Sydney Schanberg. Later the movie moves ahead to 1975, when the international embassies are being evacuated in anticipation of the Khmer Rouge invasion of the capital.  When the Khmer Rouge demands that all Cambodian citizens be turned over, the other journalists try desperately to forge a passport for Dith Pran, identifying him as a British journalist.  Their attempts fail, and Pran is turned over to the Khmer Rouge; he barely survives the next years under the horrible conditions as a captive of the totalitarian regime.  He endured four years of starvation and torture before Vietnam defeated the Khmer Rouge in 1978.  Dith Pran died at age 65 in 2008, years after he managed to escape from the Khmer Rouge death camps. He coined the phrase “killing fields” to refer to the clusters of corpses and skeletal remains of victims he encountered during his 40-mile escape. His three brothers and one sister were killed in Cambodia.

Finally, I read another book by Cambodian author Somaly Mam, called The Road of Lost Innocence.  Somaly herself was sold into sexual slavery at a young age and endured a horrible existence in the brothels of Phnom Penh.  She managed to escape with the help of a French humanitarian worker who became her husband.  She has worked tirelessly in her adult life to help other Cambodian girls who have been sold, often by their own parents, into sexual slavery, and she founded the organization AFESIP Cambodia (Acting for Women in Distressing Situations): AFESIP.

Here is an article written by Mariane Pearl about Somaly Mam in the August 2006 issue of Glamour magazine:  Global Diary: Cambodia.

All of these books about Cambodia were intensely disturbing and opened my eyes to a part of history I’m sad to say I knew nothing about.   With so much depth added to my body of understanding and knowledge, I actually became more curious about Cambodia and decided I wanted to explore Phnom Penh as well as Angkor Wat.  Thus I changed my plans to spend 5 1/2 days in Cambodia and 4 days in Vietnam, as opposed to splitting my time evenly as I first planned.

Cambodians in traditional costume at Bayon

Here are other books set in Cambodia:

Here is a list of movies set in Cambodia:

The last thing that happened before my trip was the mass stampede at the Khmer Water Festival that killed over 300 people in Phnom Penh on November 22 of 2010 (Stampede in Cambodia Leaves Hundreds Dead).  Apparently, according to a Cambodian journalist, the panic was caused by police firing a water cannon onto a bridge jammed with people.  He said police fired the canon to get people to move off the bridge when it started swaying, which caused a panic. 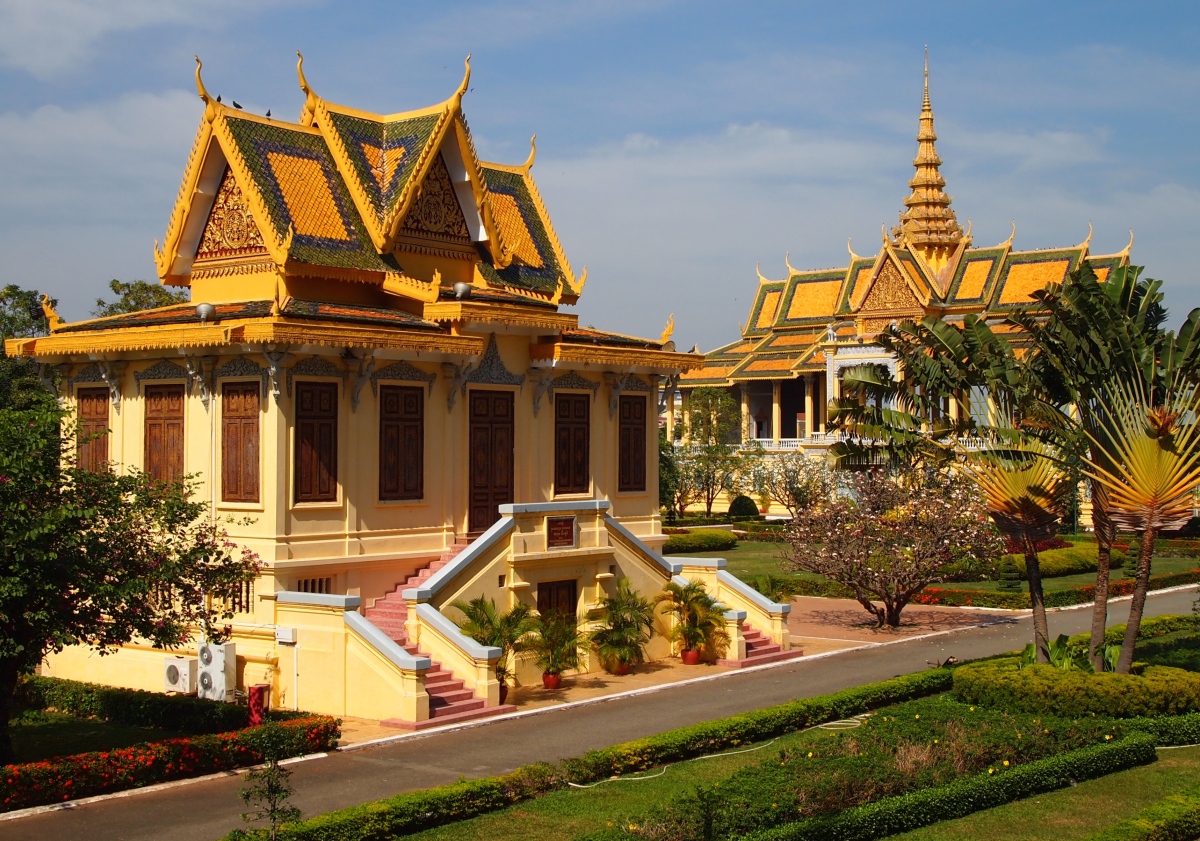 There seemed to be so much sadness in Cambodia and Vietnam.  I hoped to find more optimistic places on my journey.  I wanted to believe in, to find evidence of, the resilience of the human spirit!

Here was my itinerary:

“ANTICIPATION & PREPARATION” INVITATION: I invite you to write a post on your own blog about anticipation & preparation for a particular destination (not journeys in general). If you don’t have a blog, I invite you to write in the comments. Include the link in the comments below by Thursday, October 24 at 1:00 p.m. EST.  When I write my post in response to this challenge on Friday, October 25, I’ll include your links in that post.

I invite you all to settle in and read posts from our wandering community. I promise, you’ll be inspired!

Thanks to all of you who wrote posts about anticipation and preparation. 🙂

I am traveling from September 1 to October 4. If I cannot respond to or add your links due to wi-fi problems or time constraints, please feel free to add your links in both this post and my next scheduled post. If I can’t read them when you post them, I will get to them as soon as I can. Thanks for your understanding! 🙂