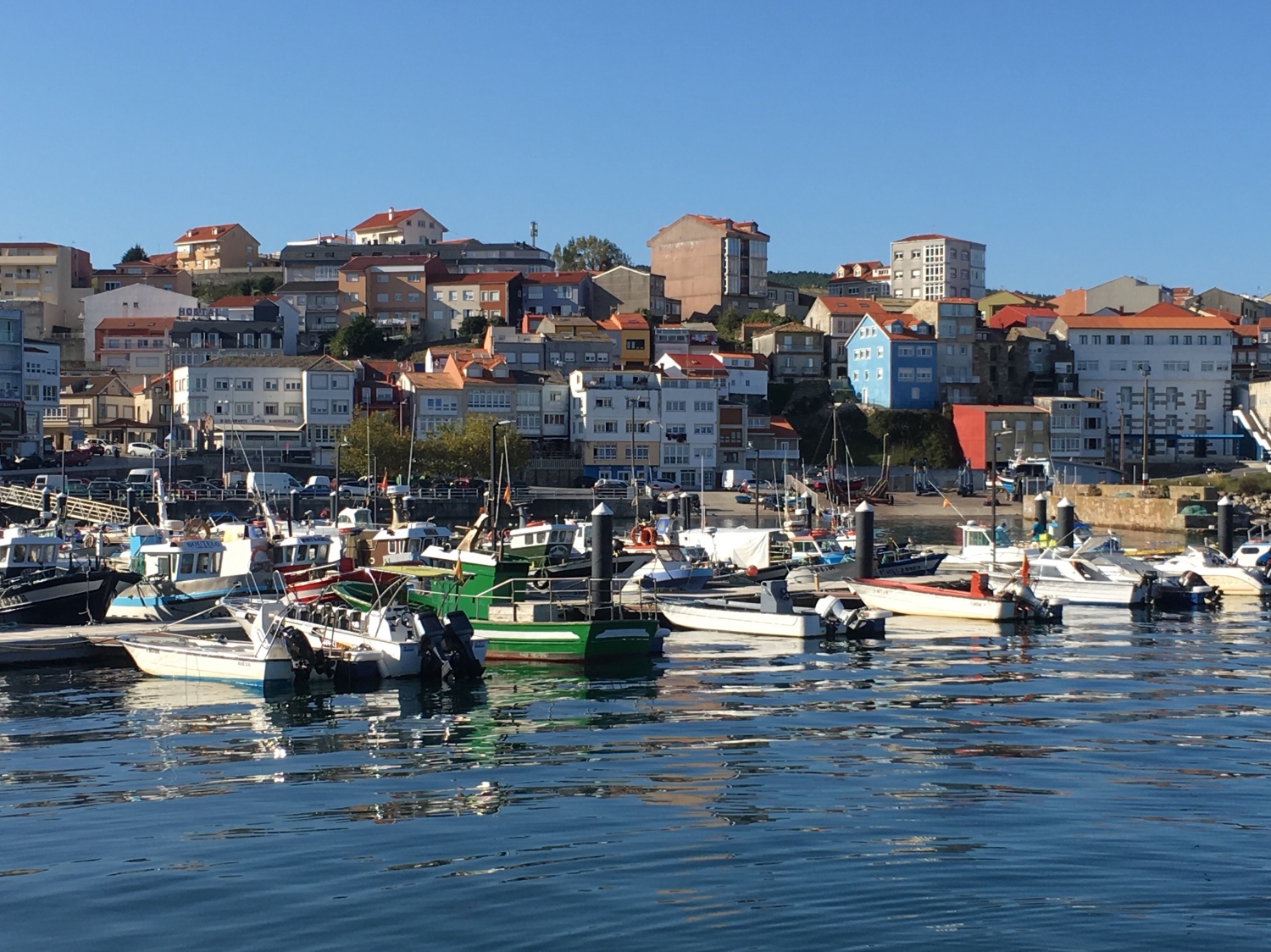 I had been told by the woman at Tourist Information in Muxía that the bus for Cee left at 10:45.  She was wrong, as I found out when I arrived at the appointed time in front of the “Don Quijote” café.  I waited and waited, standing at the curb in the cold morning air. Finally, I went inside the café to inquire about it.  It turned out the bus wouldn’t arrive until 11:35.  It wasn’t a long ride, as we arrived in Cee at 12:10.

While waiting for the 12:40 bus to Finisterre at Cee’s bus station, a Hungarian woman who spoke little English pointed to a shop and indicated that I should watch her bag for her while she went inside.  I nodded that I would watch it, although I’d felt it was a command rather than a request. I wanted to use the bathroom in the bus station before the next bus came, but I was held hostage to this bag.  She seemed to stay in the shop forever.  I didn’t care for being saddled with this responsibility. When the woman finally came out of the shop, she was accompanied by another woman. The two of them had an extended conversation in Hungarian, while I made my escape to the ladies’ room. I wondered how it could be that this Hungarian woman, stopping briefly at this Spanish bus station, knew another Hungarian woman in a shop.  They appeared to know each other quite well.

I arrived in Finisterre at 1:00.  Cape Finisterre (Galician: Cabo Fisterra) is a rock-bound peninsula on the west coast of Galicia. In Roman times, it was believed to be the end of the known world.  The name Finisterre derives from the Latin finis terrae, meaning “end of the earth.”  It is sometimes said to be the westernmost point of the Iberian Peninsula. However, Cabo da Roca in Portugal is about 16.5 km (10.3 miles) further west and thus the westernmost point of continental Europe.  Even in Spain, Cabo Touriñán is farther west.  The Cape of Finisterre was distinguished in 2007 with the European Heritage Label.

Many pilgrims walk 4-5 more days from Santiago to reach Finisterre.  I had planned from the beginning to take the bus rather than walk.

The bus deposited us next to Le Monument à Fistérra.  I had no idea where my hotel, Hotel Langosteira, was located, so I wandered around thinking I might just happen upon it. I didn’t, so I stopped at one of the harbor-side open-air cafes, Puerto, to eat lunch and use the free wi-fi. I enjoyed a mozzarella and tomato salad and a cerveza limón, and found the general direction of the hotel on my GPS.  It was quite a long trudge up a steep hill, at the furthest possible end of town from the harbor.

At the hotel, I took a 2-hour nap as I was exhausted and still quite sick.  After, I walked down by the marina to take pictures. I hoped to eat at a cute vegetarian restaurant but was informed they closed at 5:30.  I went to the supermarket and bought Doritos as I was told the restaurants on the marina didn’t open until 8:30.  I went back to my room, ate the Doritos and rested again.  As I still felt quite miserable, I was too lazy to go back into the town (and walk back up the steep hill again), so I never ate anything else for dinner.

It was a long and intolerable night.  Post-nasal drip was a constant irritant, leaving me coughing and clearing my throat all night. The night dragged on, as I had no books with me and the TV didn’t seem to work. I hadn’t seen a single familiar face in town. My cold seemed to be getting worse, not better.

I had reserved two nights in Finisterre; the next day I planned to walk 3.5km each way to the lighthouse that marked the “end of the world.” I hoped I’d feel up to that by the morning. 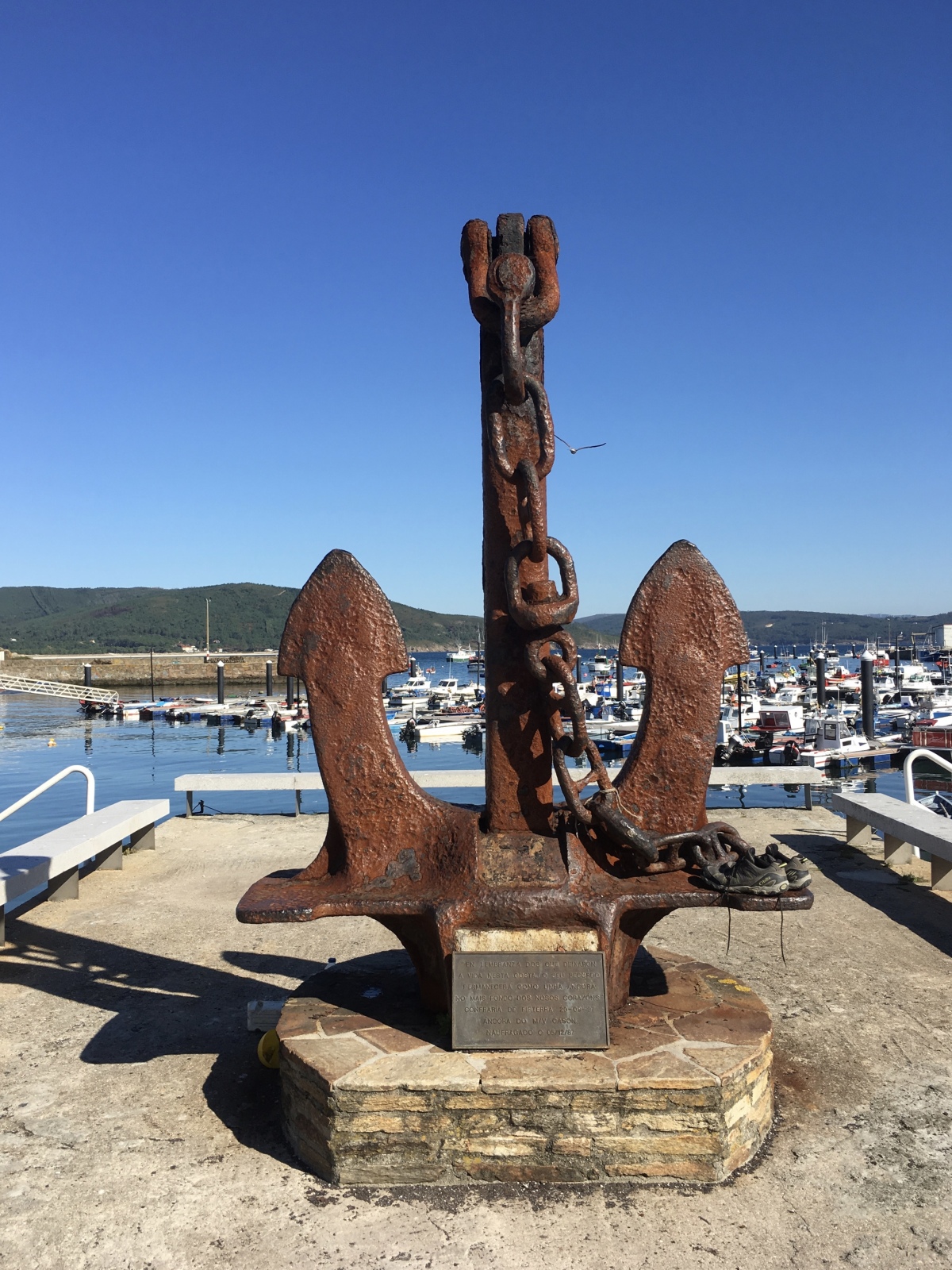 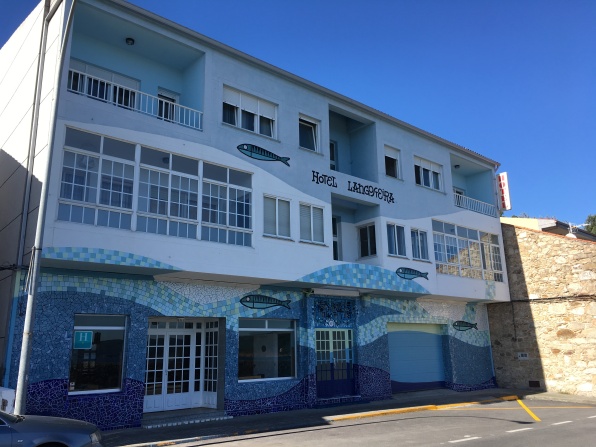 my room at Hotel Langosteira

After a long nap, I made my way back down to the marina. 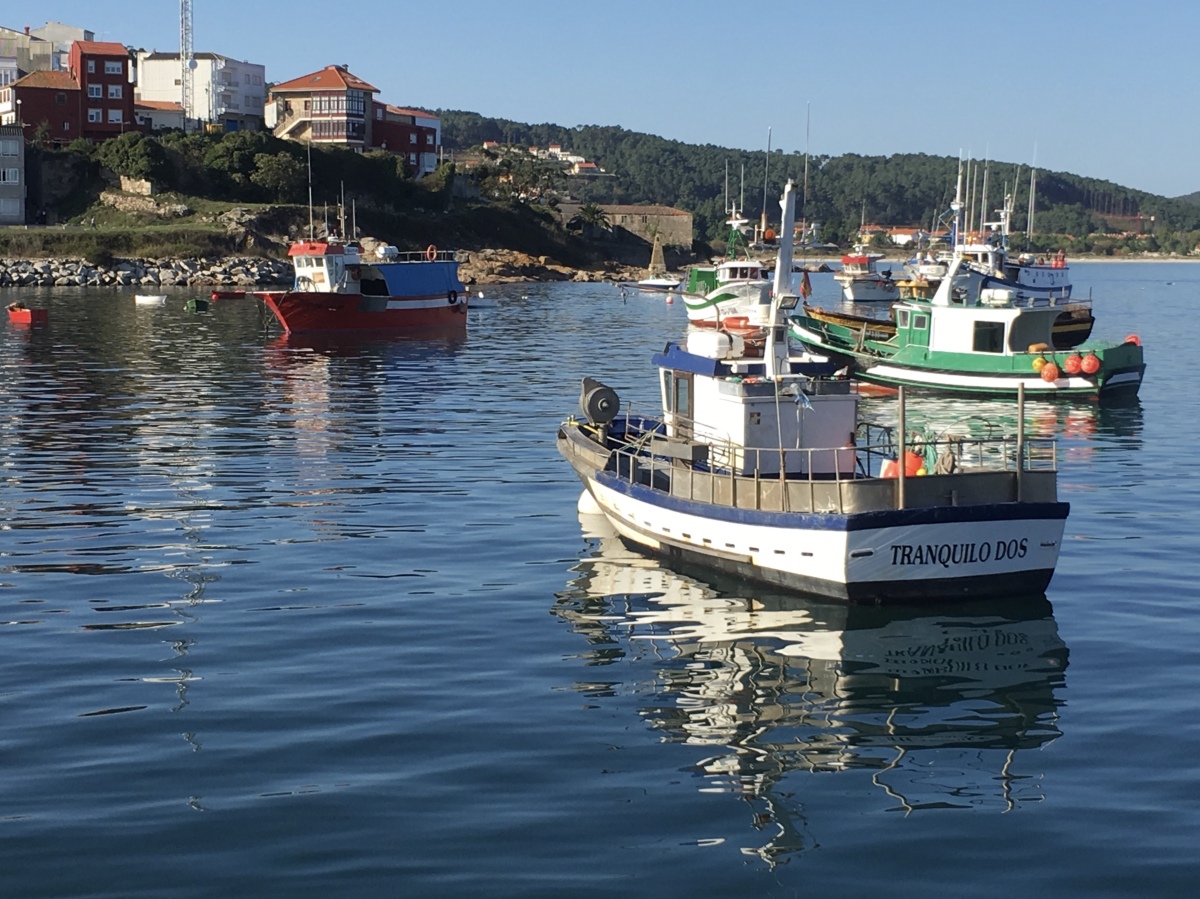 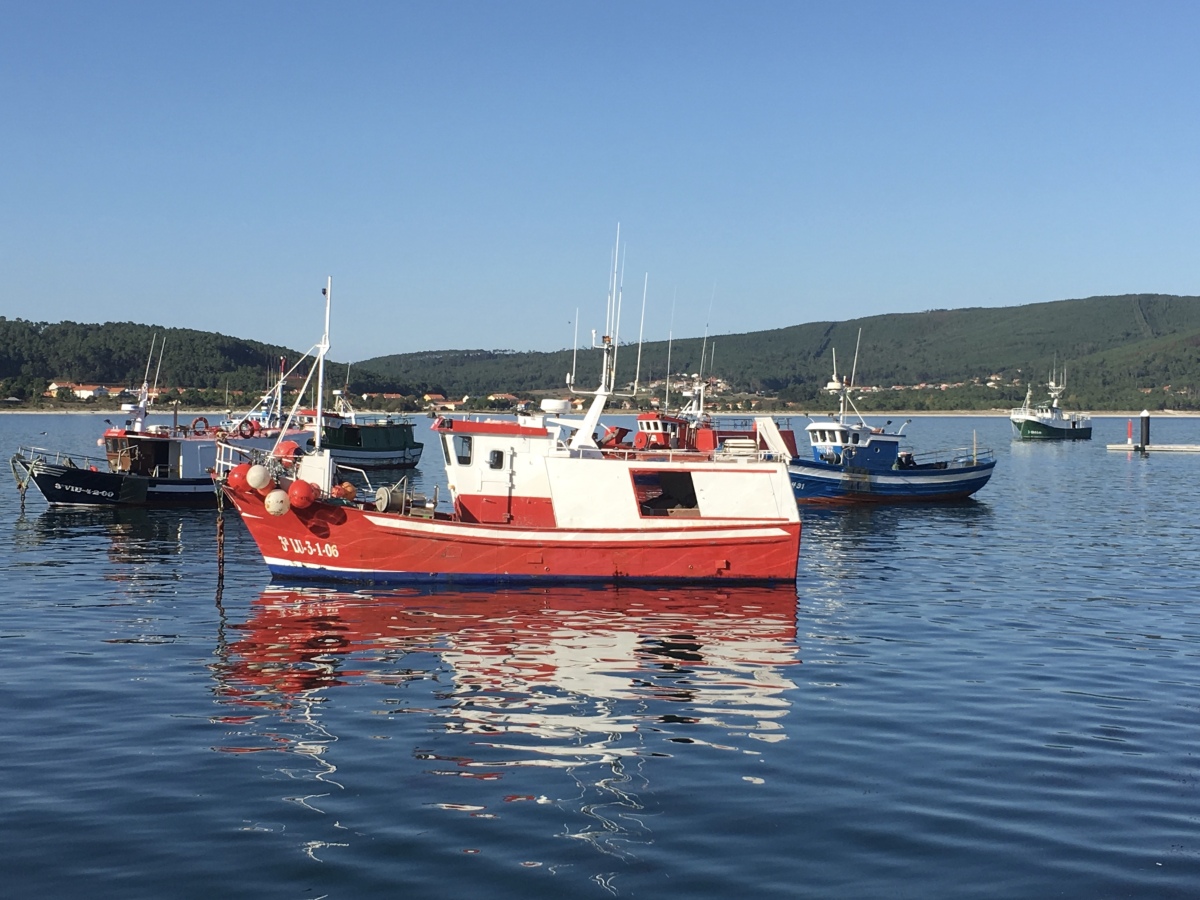 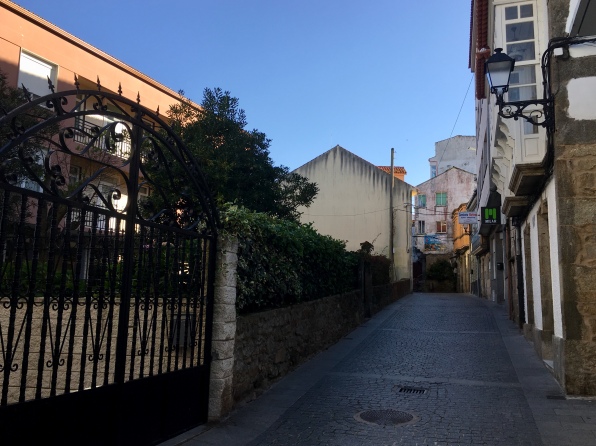 Include the link in the comments below by Tuesday, March 19 at 1:00 p.m. EST.  When I write my post in response to this challenge on Wednesday, March 20, I’ll include your links in that post.

This will be an ongoing invitation, once on the third Wednesday of each month. Feel free to jump in at any time. 🙂

Many thanks to all of you who wrote posts about the journey. I’m inspired by all of you! 🙂