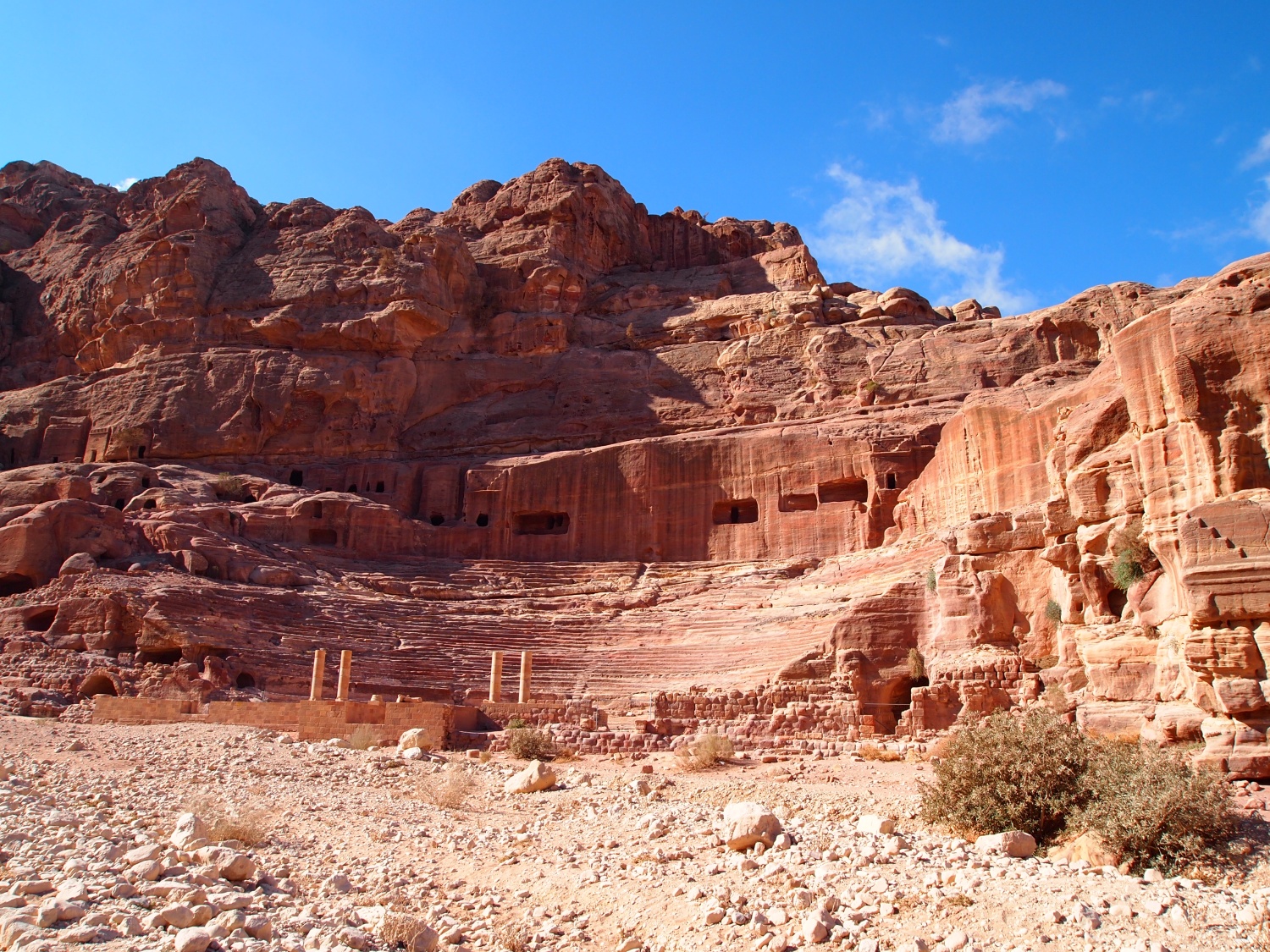 When I was 10 years old, our family loaded into a Ford Fairlane station wagon and drove across country to southern Colorado for a reunion with my mother’s family.  My mom had grown up in the small town of Pagosa Springs.  I remember vividly horseback rides in the shadows of the jagged Rocky Mountains with cottonwood trees rustling in the breeze, my Uncle Gibby fishing in the San Juan River and grilling fresh trout over a hot fire.  During those chilly Colorado mornings, he scrambled up dozens of eggs laced with chili powder in a cast-iron skillet. I can still taste those eggs and feel that early morning chill in the forest of aspens and box elders. I can, to this day, summon up the bliss I felt in that place. 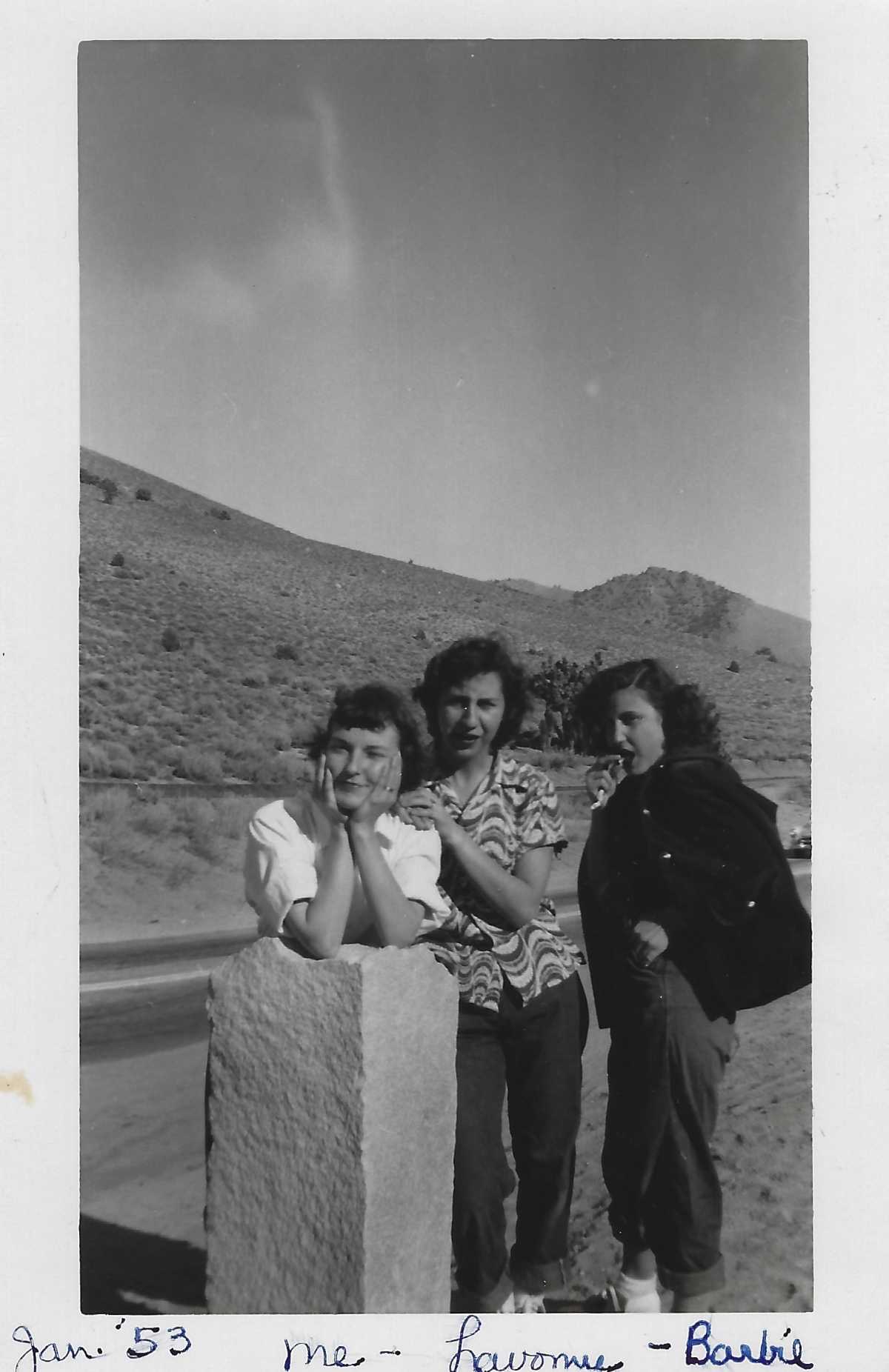 My mom and her two sisters, LaVonne and Barbie, in the southwest USA January 1953

In 1968, at ages 12-13, while the outside world was tearing itself apart over the Vietnam War, student protests and assassinations, I entertained myself by immersing myself in dreams of horses. My best friend was as crazy about horses as I was. She and I galloped, lopsided, circling her backyard, leaping over sawhorse jumps, hitting our behinds with sticks. She clucked and I clucked. Hours and hours and hours.

A classmate’s grandfather, who lived at the end of Wormley Creek Drive, had a stable, a dirt corral with jumps set up, a horse, and a scruffy pony named Maybe, who we were allowed to ride. We all joked: “Maybe he’ll buck you and maybe he won’t.” That pony and I flew over jumps like clumsy leaping grasshoppers, and sometimes, just as Maybe’s hooves hit the ground, when I was as off-balance as possible, he went into a fit of bucking. Many times I hit the ground hard. A couple of times, I hung on to his underbelly, screaming, as he bucked in circles around the yard.

When my friend wasn’t around, or when I had long hours to kill, I would read books about horses: National Velvet; Smoky: The Story of a Horse; Fury and the Mustangs; Misty of Chincoteague; Black Beauty.  On gauzy afternoons, the light low in the sky through fall and winter, I stretched stomach-down out on my purple crocheted afghan, lost in writing: stories of ranches out west, palominos and appaloosas, improbable tales of girls loving horses. Pages and pages of words on lined paper.

In 1971, when I was in ninth grade, my fascination with American Indians, now properly called Native Americans, engulfed me as I hand wrote a 60-page research paper titled: “The Social Status of the American Indian Today,” using 25 sources.  Here are a few glimpses of the paper, which I still have.  Much of my visit out west will be exploring Native American monuments and reservations. 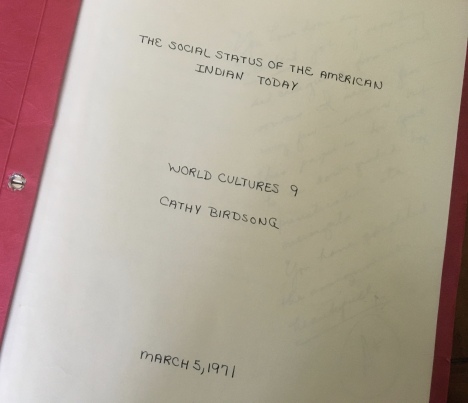 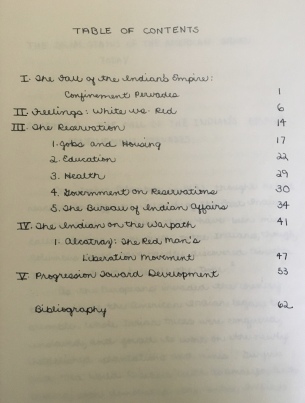 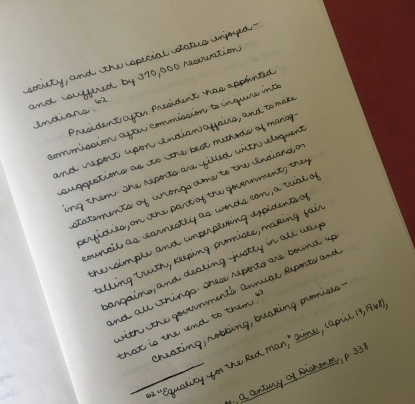 I constantly dreamed of venturing out west. I returned to the Colorado Rockies on a road trip with my first husband, but we never made it back to Pagosa Springs.  After leaving Grand Junction, we headed north and drove a big circle around the rest of the country – – Wyoming, Idaho, Washington, Oregon, California and Arizona — omitting Utah altogether from our journey. 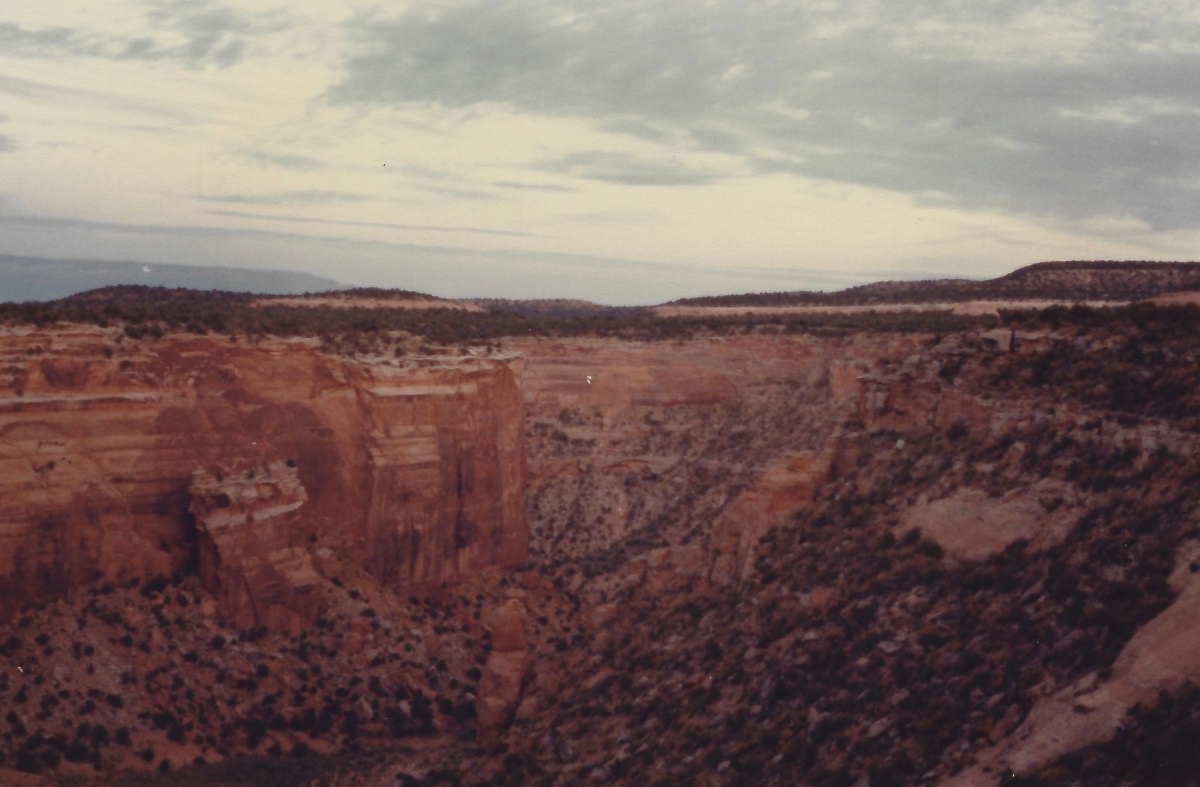 Watching movies over the years has also planted wanderlust for the southwest in my mind; Thelma and Louise (1991),  Little Miss Sunshine (2006), and 127 Hours (2010), which takes place in Canyonlands National Park.

Living in Oman for two years gave me an abiding appreciation of the desert, until then a foreign terrain to me.  In Oman, I explored desert canyons, treeless rocky mountains, village ruins and a desert camp with the Bedouin at Sharqiya Sands. 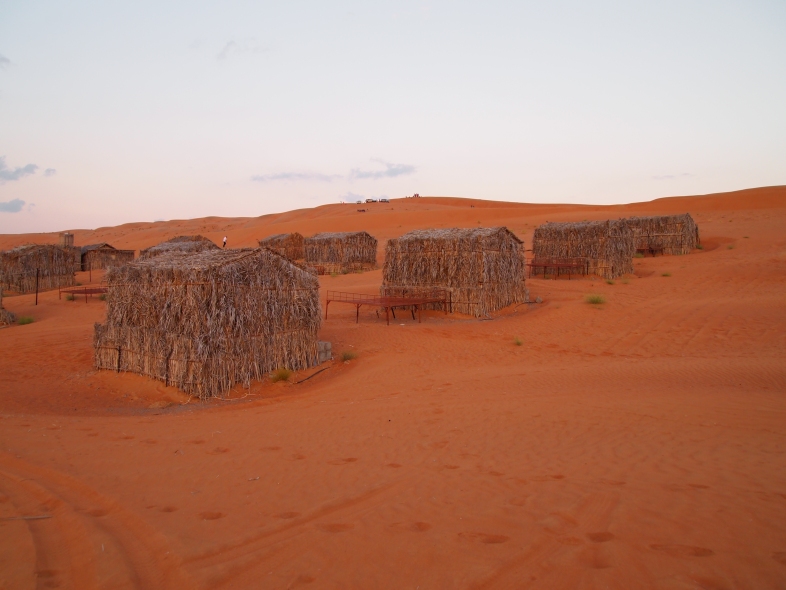 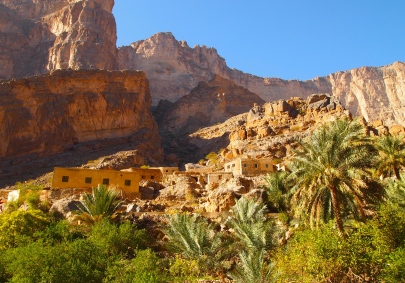 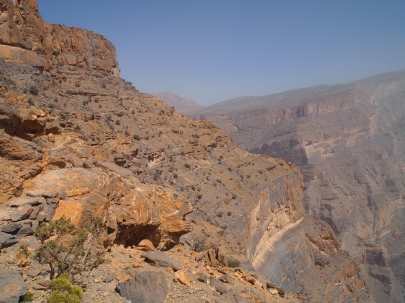 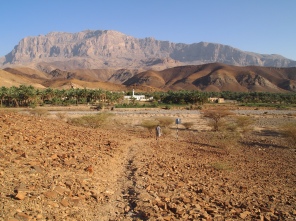 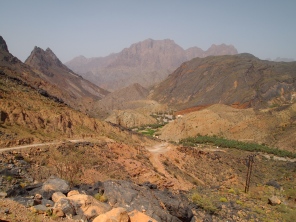 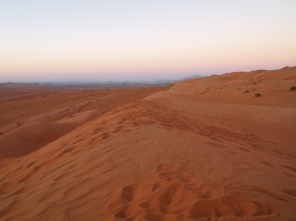 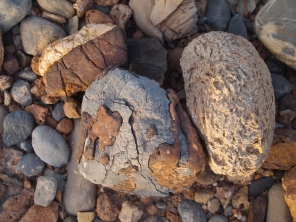 During my time in Oman, I peeled off to Jordan and walked in delight through the canyons of Petra and the desert of Wadi Rum. 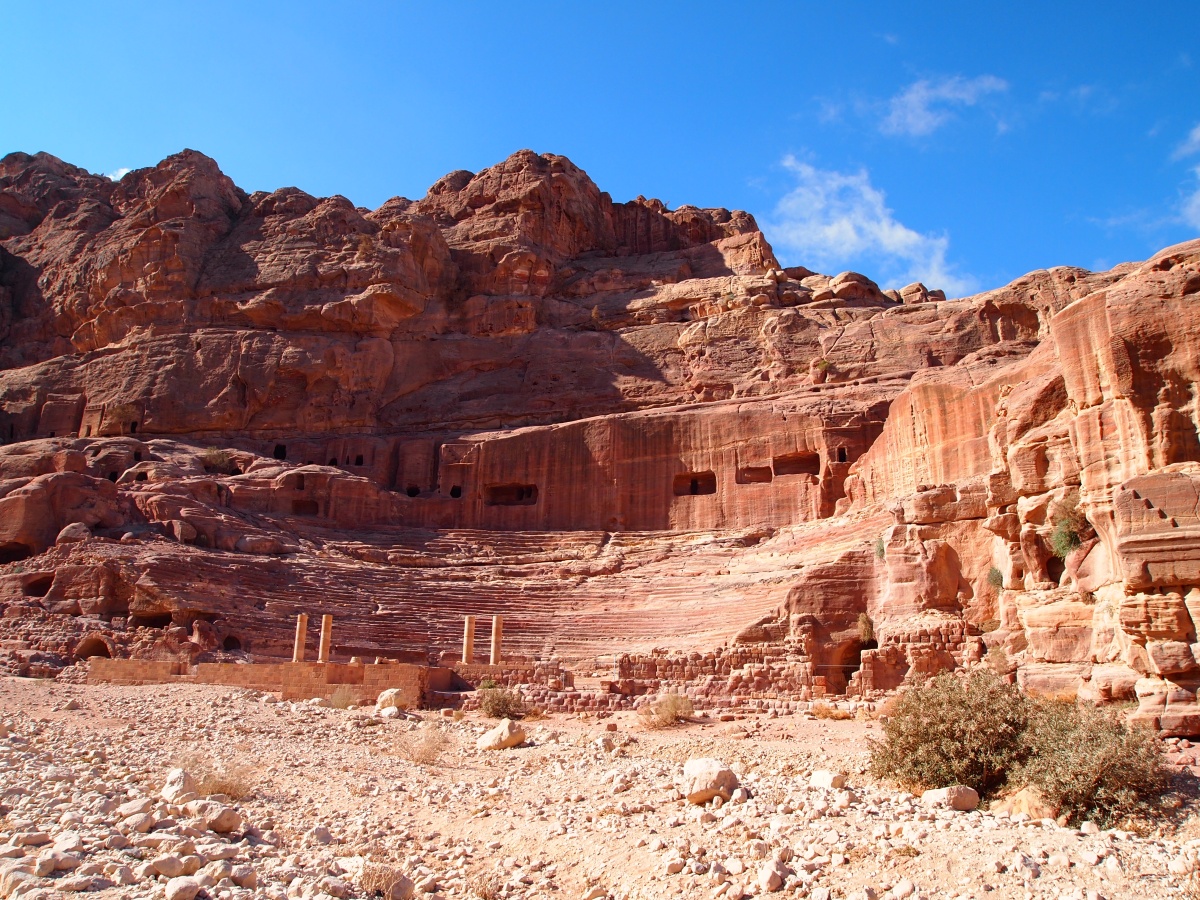 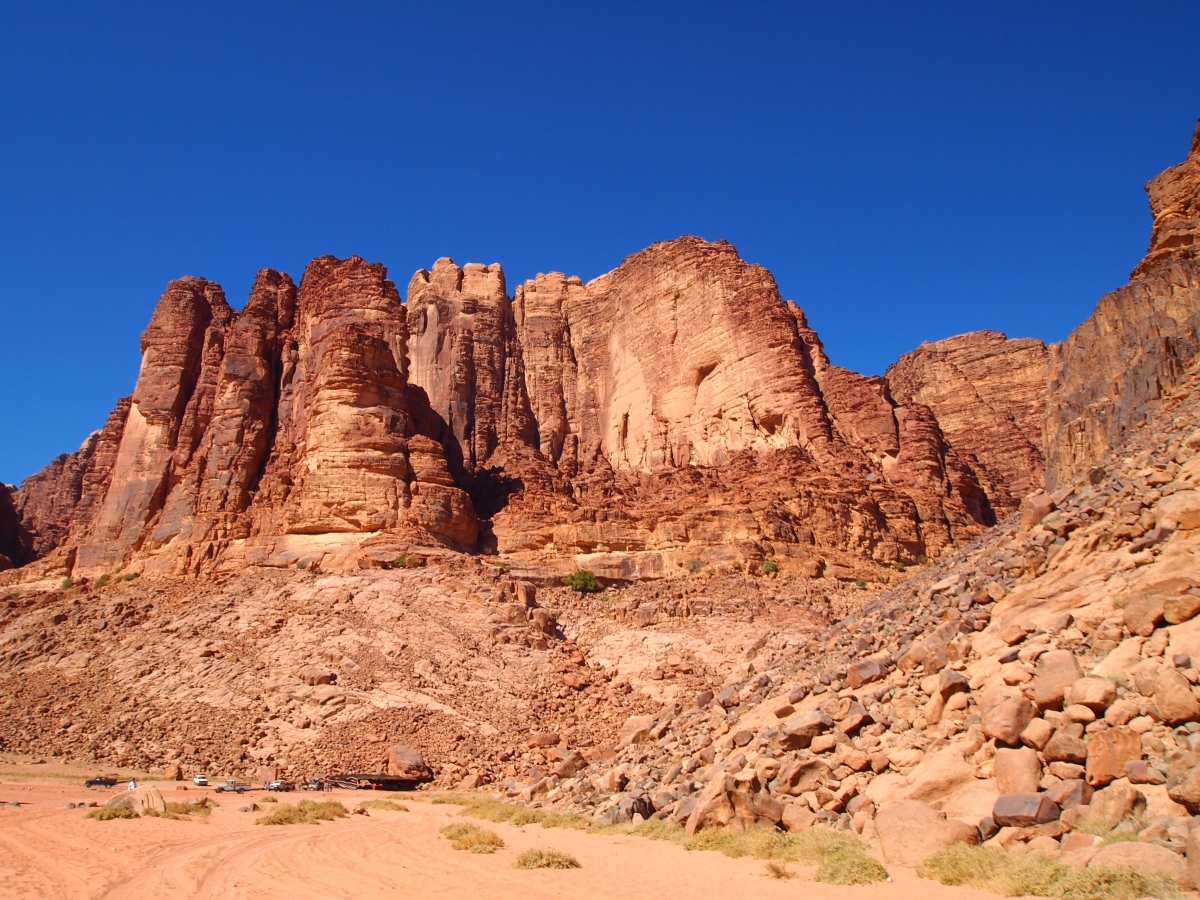 In the years since, from red-rock pictures on Instagram to atmospheric black-and-white photographs by Ansel Adams, the national parks and monuments of Utah, Arizona and New Mexico have beckoned. The desert seems mesmerizing, with its photogenic red canyons, sandstone textures and whimsical shapes, silhouetted cacti, highways stretching toward distant horizons, and cowboys astride horses.

My oldest son moved to Denver at the first of this year.  He got a job assembling products for Home Depot but didn’t much care for it, so he began to search for a butchery apprenticeship. He had mentioned this desire before leaving home in December; I found this quite surprising as he used to be vegan! It so happened, he quickly found such an apprenticeship with a small family-owned butchery in downtown Denver.  Visiting him in his new home is another call to Colorado.

“THE CALL TO PLACE” INVITATION: I invite you to write a 700-900 word (or less) post on your own blog about what enticed you to choose a recently visited or a future particular destination. If you don’t have a blog, I invite you to write in the comments.  If your destination is a place you love and keep returning to, feel free to write about that.  If you want to see the original post about the subject, you can check it out here: imaginings: the call to place.

Please include the link in the comments below by Wednesday, May 23 at 1:00 p.m. EST.  When I write my post in response to this challenge on Thursday, May 24, I’ll include your links in that post. If you’d like, you can use the hashtag #wanderessence.

This will be an ongoing invitation, monthly (on the fourth Thursday of each month). Feel free to jump in at any time. 🙂

Thanks to all of you who wrote posts about “the call to place.” 🙂

THE MATURE ART OF TRAVELLING ALONE.